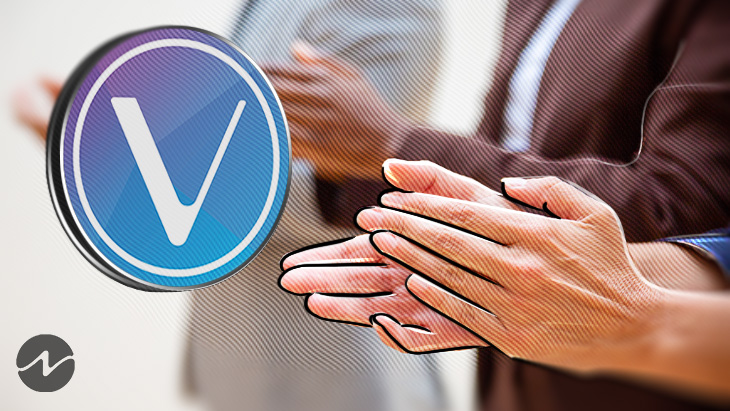 VeChain has announced that it would be hiring more European employees. Over one hundred additional developers will be hired in Europe to “pushing out new tools, technologies, developer libraries, and so on,” as stated by the VeChain foundation.

VeChain has confirmed, saying that it would be establishing additional operations throughout Europe. Collectingvet, a VeChain-affiliated Twitter account, made the statement and tagged the foundation in it. The organization behind the news then confirmed it by retweeting the original message.

VeChain has also announced that San Marino will be the location of its new headquarters. “We also have opened a new HQ in San Marino, and will be legally based in Europe soon which better serves our longer-term plans.”

Reserves of $535 million were disclosed by VeChain last month, including $BTC, $ETH, $VET, and stablecoins. Over the course of the last year, the platform has expanded via a number of collaborations. Recent additions to the foundation’s roster of blockchain project partners include UCO Network and TruTrace.

VeChain’s two new European offices are up and running with hiring underway. Nothing has been said about the foundation’s ambitions for the future in Europe. However, in order to make the platform European-based, they are collaborating with the government of San Marino to establish a legal jurisdiction. VeChain has dropped from its ATH of $0.28 to its current price of $0.022898, a drop of 91.48 percent. The cryptocurrency VET has a recent poor track record, suggesting that the altcoin has yet to hit the positive turning point.