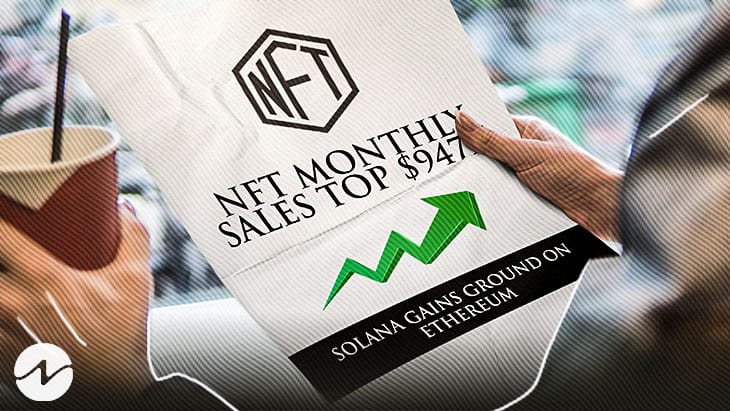 DappRadar reports that $947 million worth of NFT trading took place in September, and that sum doesn’t include any possible wash trades. That is lower than the $927 million in August and the $916 million in July. With $1.03 billion, June was the final month to top the $1 billion mark. About $133 million worth of Solana NFTs were traded as per DappRadar last month, almost double the $68.5 million level in August.

There has been no reversal in the NFT market’s precipitous fall since the euphoria of late 2021 and early 2022. DappRadar, for instance, documented around $5.36 billion in organic NFT trading activity in the month of January. In other words, September saw an 82% drop in trading volume in the NFT market when assessed in USD terms.

Despite the reduced price point and diminishing ETH value, NFTs continue to sell in the millions. In fact, this figure has been on the rise recently, with September seeing 8.78 million NFTs traded, up from August’s 7.68 million and July’s 5.89 million. Only January’s 12.16 million NFTs sold in 2022 were higher. This is the third-highest monthly total this year.