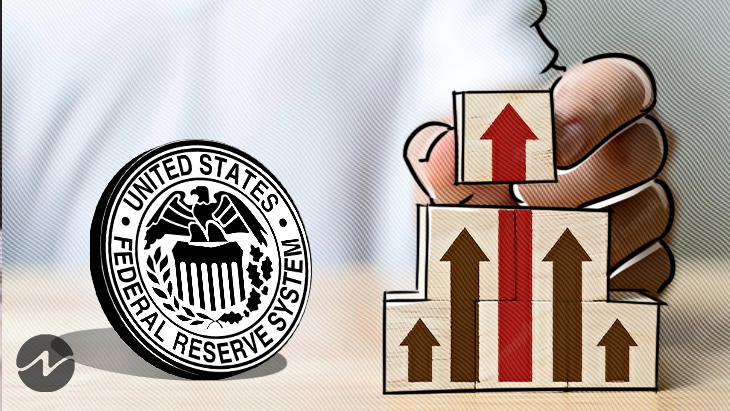 After a long period of stagnation, U.S inflation has fallen for the first time since April. Compared to June, the annual rate of inflation reduced marginally to 8.5%, according to the most recent statistics release. The July CPI was projected to be 8.7%.

Well, it’s possible that a decline in inflation may be a beneficial thing since it would help dilute the Fed’s aggressive position and lead to lower interest rates. The main indexes, which had ended Tuesday’s session in the negative, responded favorably to this new information. The Dow Jones Industrial Average’s futures soared by 400 points, or 1.2%, on Monday morning. S&P 500 futures rose by 1.7%, while Nasdaq 100 futures rose by 2.4% in tandem.

In reality, the crypto market, which had been in the red for the previous several hours, has now turned green. Recently, though, the link between Bitcoin and the larger market has declined. This suggests that the markets have not always moved in lockstep with one another.

The tables may turn in the future, and we may see a collective infusion of liquidity, just as we have seen shock spread from one sector to another thus far. However, this may not happen right away since the crypto market has been ready for a drop for some time.  Since Ethereum and other cryptocurrencies are gaining ground, Bitcoin is following suit. Bitcoin is trading at $24,003 with a 4% increase in the last 24 hours as per CMC.

In addition, exchange inflows have been increasing during the previous several days. Merely 10.8k BTC were sent to exchanges on August 7th, according to statistics from CryptoQuant. The 36.7k BTC figure on Tuesday, on the other hand, reveals a shift in mood.